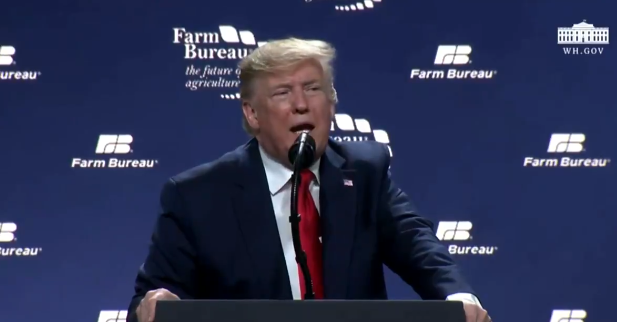 President Donald Trump told a crowd in downtown Austin that the finalized repeal of specific water rules will be complete in a few days. Leaders at the American Farm Bureau Federation convention in downtown Austin have fought the Waterways of the U.S. rules for years and the President told them he’s about to deliver on the campaign promise.

The farming organizations have been some of the most vocal supporters to rollback the water rules. The change to the Waters of the U.S. rule was proposed in 2018 and would eliminate Obama-era environmental regulations for half the country’s wetlands and streams, according to the EPA.