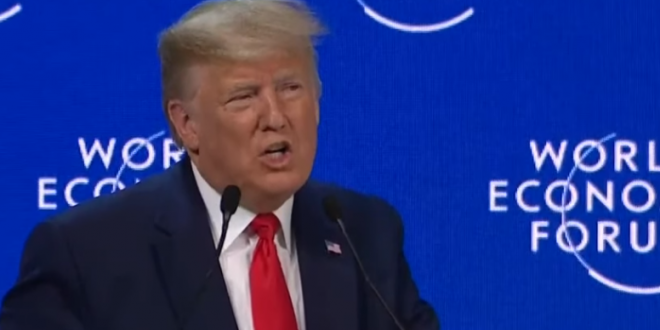 US President Donald Trump has decried climate “prophets of doom” in a speech at the World Economic Forum in Davos, where sustainability is the main theme. He called for a rejection of “predictions of the apocalypse” and said America would defend its economy.

Mr Trump did not directly name the teenage climate activist Greta Thunberg, who was in the audience. Environmental destruction is at the top of the agenda at the annual summit of the world’s decision-makers, which takes place at a Swiss ski resort.

Speaking of climate activists, he said: “These alarmists always demand the same thing – absolute power to dominate, transform and control every aspect of our lives.”

Trump recently conceded that climate change is not a hoax.