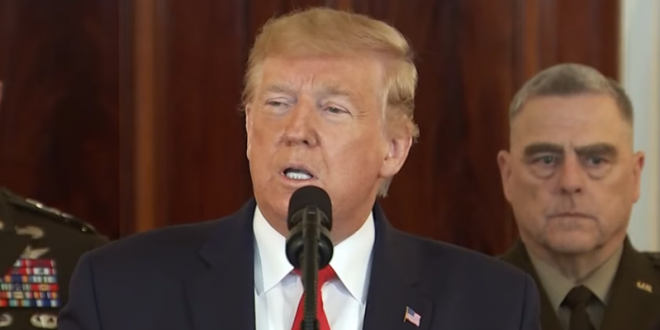 Trump: Obama Gave Iran The Money For Those Missiles

President Trump on Wednesday accused the Obama administration of providing funding to Iran that facilitated the country’s missile strikes a day earlier against Iraqi bases that house U.S. forces. “The missiles fired last night at us and our allies were paid for with the funds made available by the last administration,” Trump said in prepared remarks from the Grand Foyer of the White House.

The president repeated his claim that the deal provided Iran with $150 billion and an additional $1.8 billion in cash, which he asserted was used to fund a “terror spree” in the Middle East. The $150 billion amounted to Iranian assets that were unfrozen as part of the sanctions relief included in the deal. The $1.8 billion was paid because of undelivered military equipment from the U.S. to Iran in the 1970s, according to a fact-check by The Associated Press.