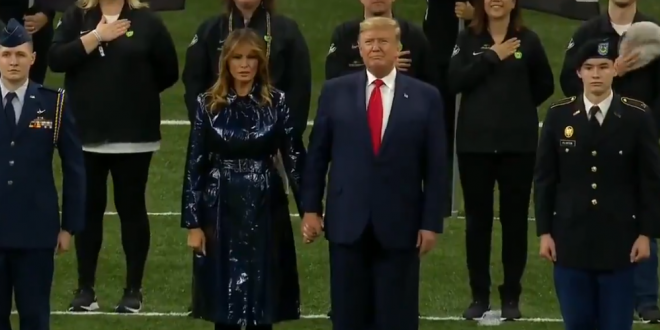 President Donald Trump turned sports fan for an evening as he watched No. 1 Louisiana State University and No. 3 Clemson battle it out in the College Football Playoff championship. Trump flew to Louisiana for Monday’s night’s game at the Superdome in New Orleans, accompanied by first lady Melania Trump.

“It’ll be a great game. It’ll be something that a lot of people want to see,” he said as the couple departed the White House.

The president and first lady walked onto the field shortly before the game for the singing of the National Anthem. Fans from both teams cheered him loudly. Some greeted him with cheers of “USA, USA.” Others chanted, “Four more years.”