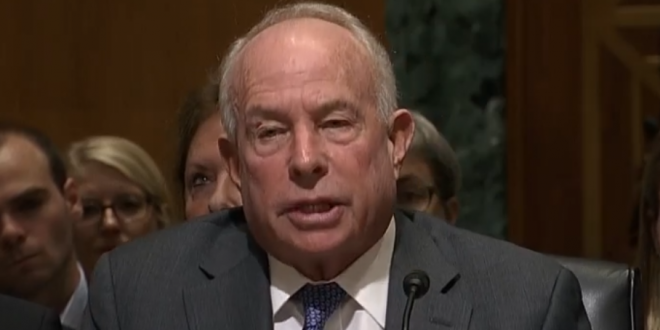 The Trump administration is working on a plan to tighten eligibility requirements for disability benefits, especially for older Americans, the latest step in a broader White House effort to shrink federal safety-net programs.

The proposal being prepared by the Social Security Administration would revise eligibility for disability benefits based on age, education and work experience, according to a draft viewed by The Wall Street Journal. Those factors determined the eligibility of about 500,000 people in 2017, according to the latest available data. More than eight million people currently receive disability payments.

The proposal aims to address major economic and demographic shifts over the past four decades, according to the text of the draft rule. Americans are living longer and are better educated. Fewer people are engaged in physically demanding jobs in mines and factories, and more are working in offices, hospitals, schools and retail outlets.

Pictured is Social Security Administration Commissioner Andrew Saul, who was nominated by Trump in early 2018 but who wasn’t confirmed until over a year later.

Saul’s only experience with Social Security comes via his connection to the right wing Manhattan Institute, which advocates for eviscerating the program.