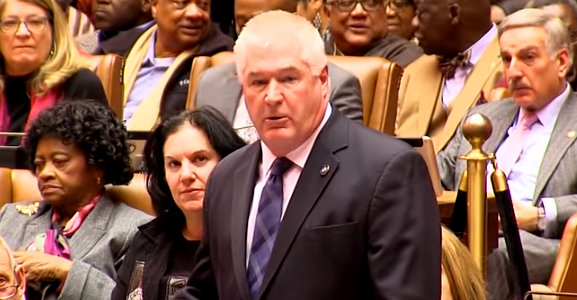 Deputies responded to a crash at 7980 County Route 41 in Victor at 10:27 p.m. Tuesday and identified Kolb as the driver of the 2018 GMC Arcadia involved in the incident. No one was injured and no other vehicles were involved.

Kolb was in the vehicle in a ditch in front of his home when the deputy arrived, Ontario County Sheriff Kevin Henderson said. Kolb was cooperative with deputies, Henderson added.

From the column written last week by Kolb:

As we prepare to revel in the upcoming holiday celebrations, it is especially important to remember to do so safely. Many of our holiday traditions, especially our New Year’s Eve celebrations, involve indulging in spirits. Done safely, and in moderation, these can be wonderful holiday experiences. However, tragedy can be only one bad decision away.

December is National Drunk and Drugged Driving Prevention Month, and its message is important: do not operate a vehicle if your ability to do so is impaired. Drunk driving is not only dangerous to the driver, but to vehicle passengers, bystanders and other drivers. Please consider the ramifications of impaired driving, especially as we prepare to close out 2019 and welcome in a new decade.

There is no excuse for impaired driving. Here in New York, we have taxis, ride-sharing services like Uber and Lyft and a robust public transportation system. Please, use these services, or a sober, reliable designated driver when making your way about town.

Kolb has been Assembly Minority Leader for 20 years. In 2017 he launched a short-lived challenge to Gov. Andrew Cuomo. This afternoon he issued an apology:

“Last night, I was charged with driving under the influence near my home. This was a terrible lapse in judgment, one I have urged others not to make, and I take full responsibility for it.

“I want to offer sincere apologies to my family, friends, colleagues, and the people of the 131st Assembly District. I fully recognize the severity of the situation and I am profoundly sorry.

“There is no excuse and no justification for what occurred Tuesday evening. I made the wrong decision, and it is one I deeply regret.”