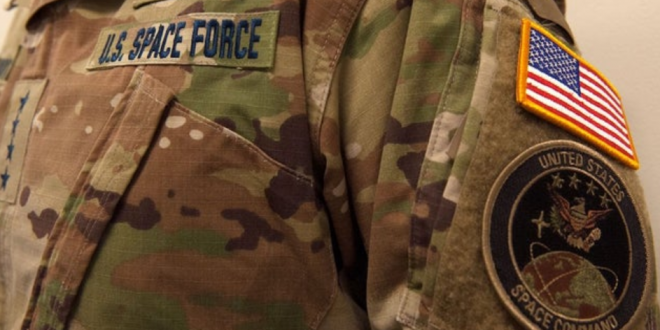 “The first #SpaceForce utility uniform nametapes have touched down in the Pentagon,” the service branch tweeted from its official account, attaching a photo of the uniforms.

The uniforms were welcomed with praise by some, including the official Twitter account for the U.S. Navy, which called the clothing “out of this world” in a tweet.

Just out of curiosity…

Also, if you get a service academy, will there be “Space Cadets?”

How many trees are you expecting to find in space

Don’t you think something like this would be better camouflage? pic.twitter.com/hJqRka9rUC

Nice space camouflage. May I recommend a first mission? pic.twitter.com/4XjTmvSRWA