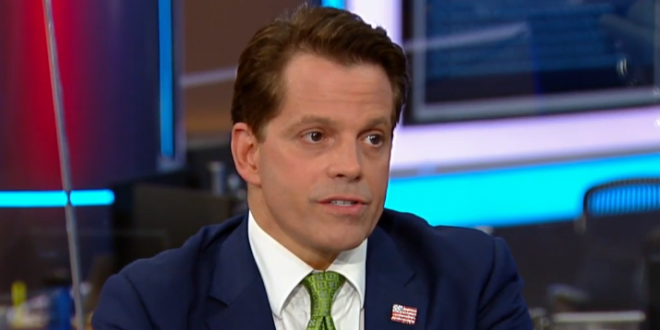 The Mooch To Bolton: Welcome To Life Under The Bus

From an op-ed just published by Anthony Scaramucci:

President Trump’s White House has launched another disinformation campaign against a former staffer. This time, John Bolton is the target, thanks to revelations from his unpublished book. Trump said Monday that Bolton’s claim about withholding aid to Ukraine in a quid pro quo “was only to sell a book.” The president later added Bolton “begged” him for a job and proffered advice that would have led to “World War Six by now.” But he still hired Bolton.

I know what Bolton is going through very well because Trump did the same to me. After I criticized him, the president started calling me a “nut job” and said I “wheedled” my way into his campaign. He and his administration officials did the same thing with his attorney Michael Cohen, his Attorney General Jeff Sessions, his Chief of Staff John F. Kelly and his Defense Secretary Jim Mattis.

I, for one, never felt more alive than when the president of the United States called me an “unstable nutjob” on Twitter. His bullying and intimidating methods have frozen many in his party, but when I began receiving them myself, I realized I was finally free. Bolton might learn that speaking the truth is the best method of recovery for Trump Employment Syndrome.

Previous Rand Paul Storms Out Of Senate Trial After Roberts Won’t Read His Attempt To Name The Whistleblower
Next DOJ To Court: House Can’t Sue To Enforce Subpoenas