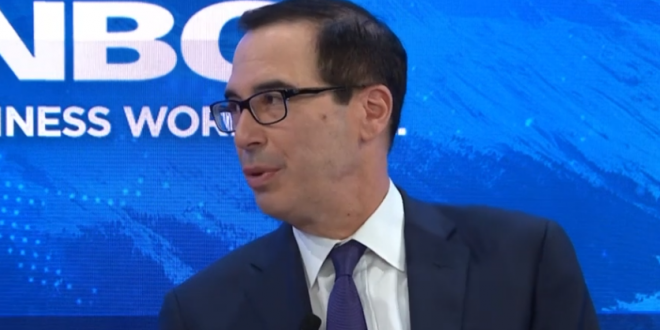 Steve Mnuchin Mocks Greta At Davos: Who Is She?

In a withering slapdown on the climate emergency movement, Steven Mnuchin pretended not to know who Thunberg was, before dismissing her concerns as ill-informed.  “Is she the chief economist? Who is she, I’m confused” – before clarifying that he was joking.

“After she goes and studies economics in college she can come back and explain that to us,” Mnuchin added, at a press conference at the World Economic Forum in Davos.

Mnuchin goes after Greta Thunberg and says she should study economics

Here's what Mnuchin learned from economics studies: as the "foreclosure king," he ran a company that booted elderly residents from their homes due to onerous loans and technicalities https://t.co/NrlufW3ZoO