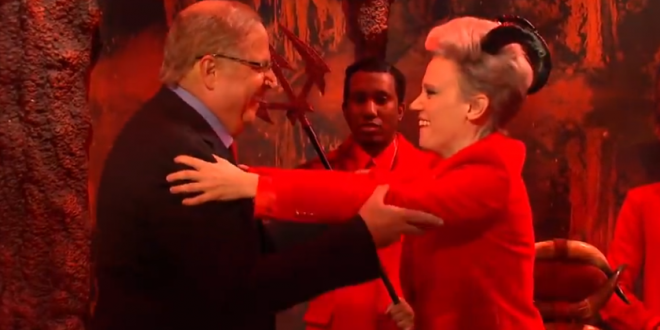 SNL’s Satan Is A “Huge Fan” Of Alan Dershowitz

Saturday Night Live is back on NBC after its winter hiatus, and the cast was joined by an old friend. Jon Lovitz returned for Saturday evening’s cold open during which he portrayed President Trump’s attorney Alan Dershowitz, who was preparing to argue the president’s case in the Senate impeachment trial.

As Lovitz’s Dershowitz began his remarks, he was suddenly transported to the show’s version of the underworld, where he met with the podcast-hosting devil, played by Kate McKinnon, who appears to be a huge fan of the lawyer.