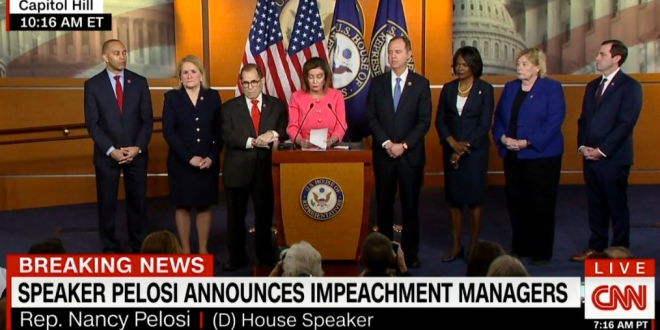 House Speaker Nancy Pelosi on Wednesday announced the name of 7 House Democrats who will act as impeachment trial “managers,” and make the case against President Donald Trump in the Senate.

The managers have varied biographies: Schiff was a federal prosecutor, Demings was a police chief, several were litigators in private practice, and Lofgren was a staffer on the House Judiciary Committee during the Nixon impeachment and a House member during the Clinton impeachment.