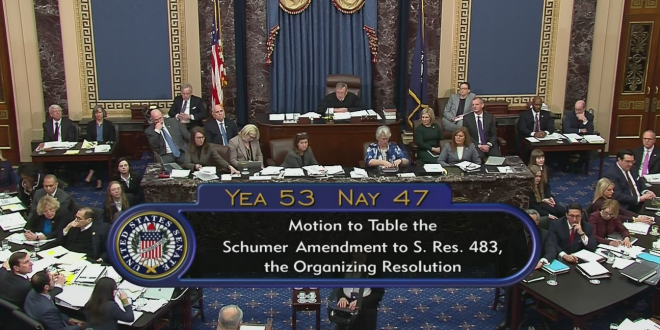 Senate Minority Leader Chuck Schumer introduced an amendment that would order the White House to produce what could be thousands of pages of documents related to the charges against Trump, including material from Acting White House Chief of Staff Mick Mulvaney.

That includes any records related to meetings or calls between Trump and Ukrainian President Volodymyr Zelenskiy, and any inquiries regarding Ukraine including those related to Joe Biden, his son Hunter and Ukrainian energy company Burisma Holdings, on whose board Hunter Biden served.

Other records that would be subpoenaed include those of then-White House National Security Advisor John Bolton and Robert Blair, a Mulvaney adviser, that relate to any efforts to coerce Ukraine’s leaders to investigate Biden in exchange for U.S. military assistance and a meeting between Zelenskiy and Trump.