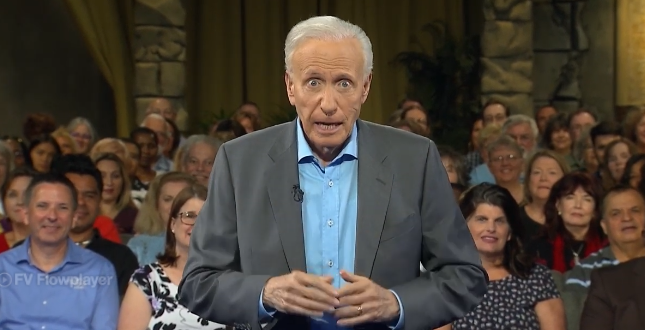 Sid Roth hosts It’s Supernatural. When he’s not there to tell fanciful stories of charismatic poppycock, Dr. Michael Brown takes his place as a guest host. Roth has told some pretty tall tales, but the one from December 20 might just take the cake.

According to Roth and his guest, Andre Ashby, a kid, flew around in the air at a revival meeting. A child had prayed to God, “If you are real, have somebody fly to me.” Then, a young man took to the air and flew directly to him. Apparently this wasn’t worthy of making any local papers.

The show is so damn weird that it has featured a man saying Jesus taught him to play the saxophone while he was dead and another man saying God literally grew his missing hand back.

On a recent show, a guest named Andre Ashby explained how he saw a kid flying around the room at a revival. Roth added that human flight will become “common” in the future. Because Jesus.

Michael Brown, you may recall, is an anti-LGBT activist who has appeared here on JMG many times over the years. Watch below at 3:40 as the show recreates the scene of the flying child.