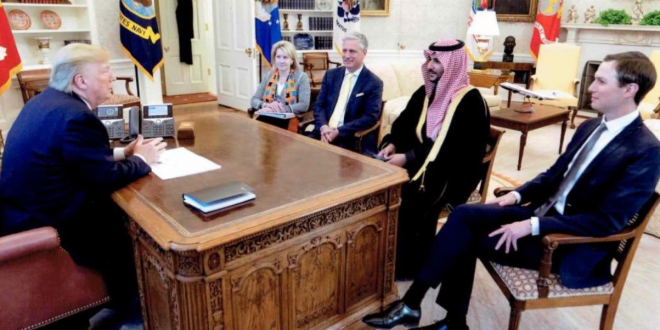 Saudi Arabia is deeply concerned it could become engulfed in uncontrolled escalation between the U.S. and Iran following President Trump’s decision to kill Iranian Gen. Qasem Soleimani. That explains the decision to urgently dispatch Prince Khalid to Washington.

Uh, what’s up with the back of Trump’s hair?

Upon directives from HRH the Crown Prince, I had the pleasure of meeting with @RealDonaldTrump yesterday to deliver a message from the Crown Prince, and review aspects of our bilateral cooperation, including efforts to confront regional and international challenges. pic.twitter.com/q7uXlgSjx8