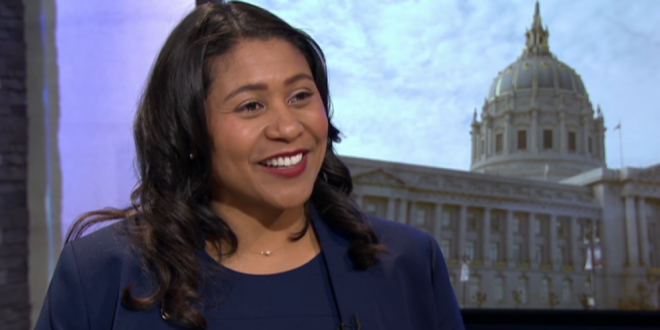 San Francisco Mayor London Breed endorsed Mike Bloomberg for the Democratic presidential nomination, boosting the billionaire’s chances in a delegate-rich state where he got off to a late start but is now spending millions to try to win.

Breed, who will chair African Americans for Mike, said in a statement that she was backing Bloomberg in part because he was “the only candidate for president who has a fully articulated plan to improve the lives of African Americans.”

Mayor @LondonBreed has been an important leader in the fight to create a more equitable & just San Francisco – by helping the city’s homeless population, increasing affordable housing and championing the fight against climate change.

Previous Gabbard On Lawsuit: I Won’t Let Hillary Intimidate Me
Next Trump Lies Yet Again About Impeachment Hearings