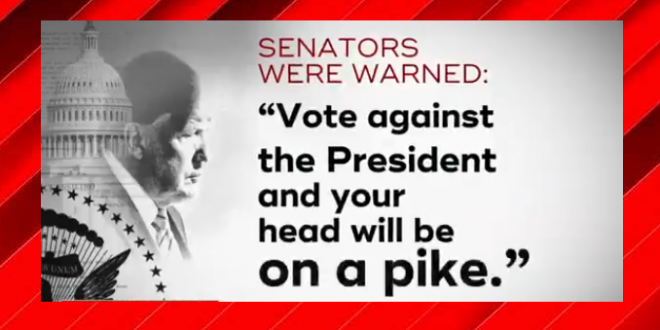 Republican senators received a violently metaphorical threat before the impeachment vote. One of President Donald Trump’s confidantes said GOP senators were warned not to vote for impeachment — or else, reported CBS News. “Vote against the president and your head will be on a pike,” senators were told, according to the confidante. It’s not clear who delivered the message or how it was sent.

A @POTUS confidant tells CBS News that GOP senators were warned: “vote against the president & your head will be on a pike.”