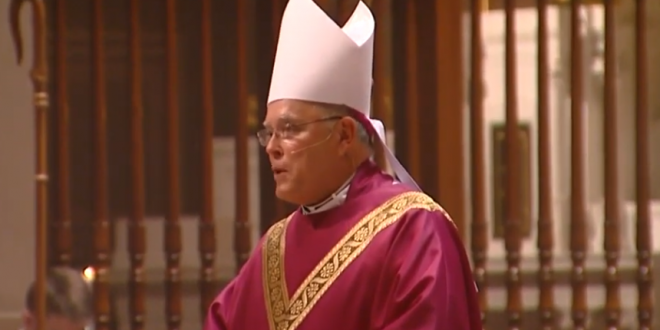 Pope Francis sought to shift the ideological balance of the Roman Catholic Church in the United States on Thursday, replacing one of his most prominent conservative critics as the archbishop of Philadelphia. Pope Francis announced in a statement that Archbishop Charles J. Chaput of Philadelphia was retiring, and that Bishop Nelson J. Perez of Cleveland, a former Philadelphian and relative newcomer to the national scene, would assume the role.

Archbishop Chaput became a favorite among Catholic conservatives for supporting the denial of communion to Catholic politicians who back abortion rights, opposing the legalization of gay marriage and, as archbishop of Denver before gay marriage was legalized nationally, helping defeat legislation that would have legalized civil unions for gay couples in the state. Conservatives around the church deeply admire Archbishop Chaput, and counted his removal as yet another power play by Francis.

Longtime JMG readers may recall my many reports on Chaput, including his organizing of bus fleets for Philadelphia Catholics to attend NOM’s anti-LGBT hate marches, which have since dwindled to an annual attendance in the tens.

Chaput submitted his resignation to Pope Francis months ago, as is required at age 75. That the pope so readily accepted it is really the news here.