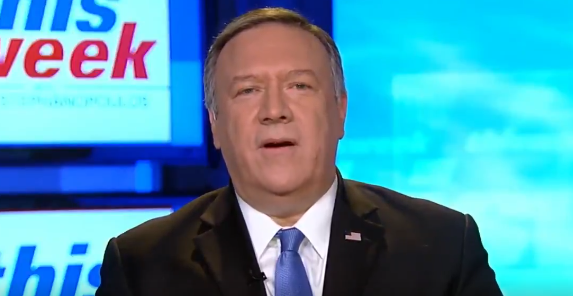 Secretary of State Mike Pompeo tripled down on his offensive against NPR’s All Things Considered host Mary Louise Kelly, Wednesday, claiming, “I hope she finds peace.”

“I took a leap of faith with Mary Louise, invited her to the State Department back in December, we had a great conversation, she asked me if I’d do her the favor of granting her an interview,” Pompeo claimed, adding, “I said, ‘Sure, there’s a lot of history to fix. Let’s talk about Iran.’”

“She agreed that we would talk about Iran and we set up an interview,” the Secretary of State concluded. “I hope she finds peace.”

Pompeo just spoke on his plane about his NPR meltdown, said “there’s a lot of history with NPR” and that he hopes ⁦@NPRKelly⁩ “finds peace.”