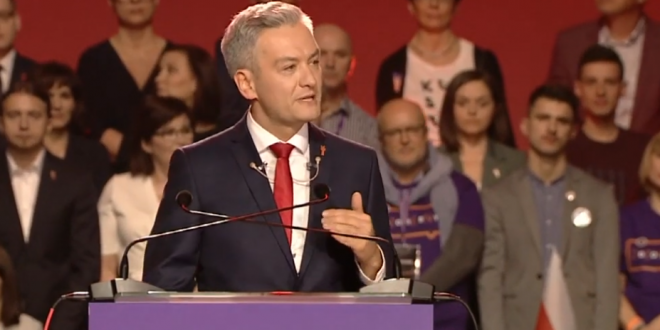 Poland’s left-wing parties on Tuesday approved Robert Biedron, an openly gay politician, as their candidate in the May presidential election. The move in the conservative, predominantly Catholic country where same-sex unions are not recognised, was aimed at preserving democracy, they said.

Leaders in the Lewica (Left) alliance said they chose Biedron because of his clear backing for women’s rights, the rule of law and the separation of church and state, all of which have been undermined by the governing right-wing Law and Justice (PiS) party since it took office in 2015.

Biedron “has clear views on the secular state, on social affairs, on the EU, on matters of freedom, including women’s issues,” said Wlodzimierz Czarzasty, leader of the Democratic Left Alliance (SLD).

Biedron is considered a longshot against incumbent right wing president Andrzej Duda, who is backed by Poland’s ardently anti-LGBT factions.