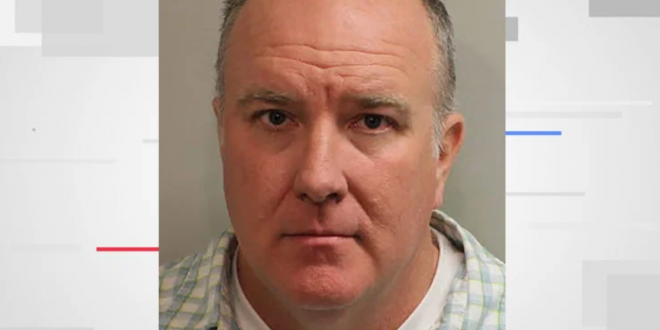 A pilot allegedly scrawled racist messages and graffiti that appeared to support President Donald Trump around a Florida airport, authorities said. James Ellis Dees, 53, has been charged with nine counts of criminal mischief for allegedly writing racial slurs about African Americans and Hispanics, including the phrase “Send them ALL Back,” in restroom stalls and parking elevators at the Tallahassee International Airport, according to a probable cause affidavit.

He also scrawled “#MAGA,” an abbreviation of Trump’s campaign slogan, and “#TRUMP4EVER,” in several locations, authorities said in court records. Dees worked for Endeavor Air, a subsidiary of Delta Air Lines, and the company said in a statement, “These actions in no way reflect the values of Endeavor Air and this individual is no longer employed by the airline.”

Police Officer Keith Campbell said in his report that he installed a covert camera in the elevator adjacent to the parking lot in response to the graffiti.

He reviewed footage from December 14 and said a pilot, later identified as Dees, entered the elevator and his “head can be seen bobbing up and down quickly as if writing and looking furtively over at the door.”

Previous NC Pastor Arrested On 115 Felony Child Sex Charges
Next Trump: We Have To Protect The Inventor Of The Wheel