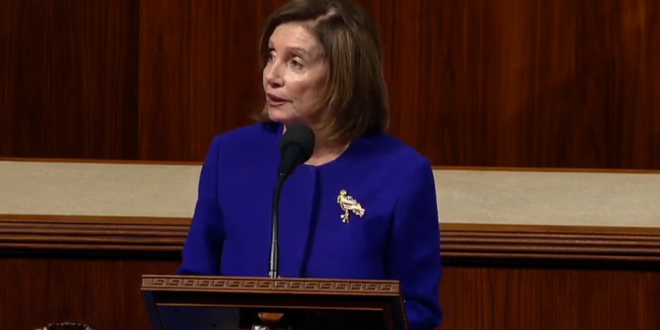 “Leader McConnell’s plan for a dark of night impeachment trial confirms what the American people have seen since Day One: the Senate GOP Leader has chosen a cover-up for the President, rather than honor his oath to the Constitution. Shamefully, this sham proposal does not even allow for admitting the House record into evidence at the trial.

“Leader McConnell’s process is deliberately designed to hide the truth from the Senate and from the American people, because he knows that the President’s wrongdoing is indefensible and demands removal. No jury would be asked to operate on McConnell’s absurdly compressed schedule, and it is obvious that no Senator who votes for it is intending to truly weigh the damning evidence of the President’s attacks on our Constitution.

“The public now knows why Leader McConnell has been hiding his resolution: the Clinton comparison was a lie. Clearly and sadly, Leader McConnell has misled the American people. For weeks, he has insisted that he will adhere to the rules used during the Clinton impeachment trial and that ‘fair is fair’ – but his proposal rejects the need for witnesses and documents during the trial itself. In contrast, for the Clinton trial, witnesses were deposed and the President provided more than 90,000 documents.

“President Trump undermined our national security, jeopardized the integrity of our elections and violated the Constitution all for his own personal, political gain. He has repeatedly said that he would do so again. Duty, honor and country are at stake. Every Senator who supports this sham process must be held accountable to the American people.”