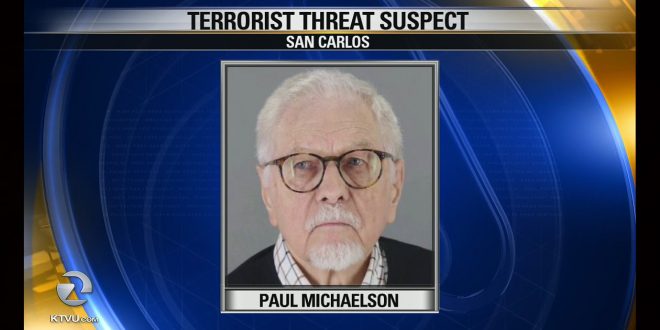 A pastor at a Lutheran church in San Mateo was arrested after allegedly delivering letters full of shooting threats to a San Carlos church where he was formerly a congregation member, authorities said. In four separate instances between Jan. 7 and Jan. 16, Paul Michaelson, 79, dropped off letters to the Holy Trinity Church in San Carlos detailing his plans to shoot members this Sunday.

He was arrested at his home in San Carlos on Thursday night on suspicion of terrorist threats and violation of civil rights by threat of force. A search of his home did not reveal any weapons, Blankswade said. As of Thursday, Michaelson served as a part-time outreach pastor at Hope Lutheran Church in San Mateo, which is part of the same synod or network of Lutheran churches as Holy Trinity, church officials confirmed.