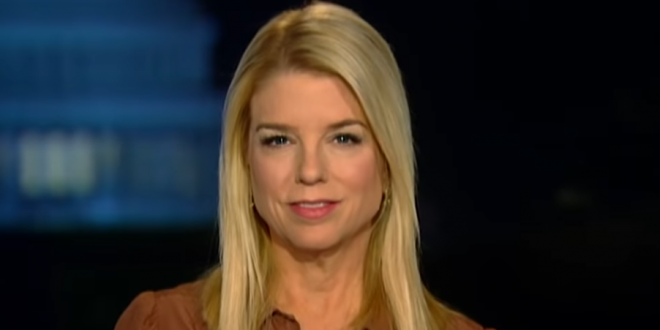 Former Florida Attorney General Pam Bondi, who has joined President Trump’s defense team, said Saturday that although House manager Rep. Adam Schiff, D-Calif., could be called as a witness, they’re ready to move on from a “basic trash” impeachment.

“If you and I were falsely accused we would want witnesses too, but now this thing has become so flimsy that there’s absolutely nothing there in the articles of impeachment,” Bondi told Judge Jeanine Pirro on “Justice with Judge Jeanine.” “It’s an insult to the American people. It certainly is to the president, but I think now we’re just ready to put this behind him.”

“And yet they’re sending this basic trash over to the U.S. Senate,” Bondi added. “The Senate’s a lot smarter than that — and especially with Adam Schiff presenting, ‘bring it on’ because we’re ready to go.”

Previous PENNSYLVANIA: Two Injured After Woman Deliberately Drives Into Traffic Because God Will Take Care Of Her
Next Trump’s Legal Team: Impeachment Articles Are Invalid