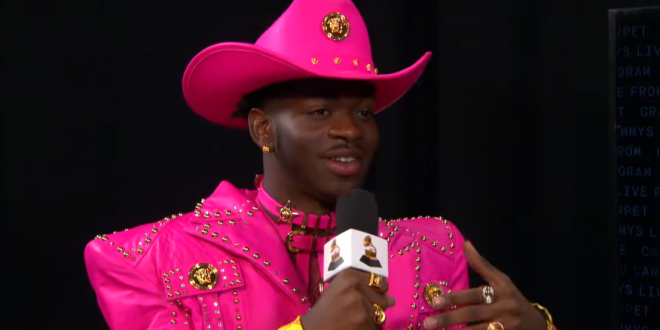 DJ Tracy Young picked up the Grammy in Best Remixed Recording for her track “I Rise (Tracy Young’s Pride Intro Radio Remix),” a remix of the Madonna track “I Rise.” Young is both the first woman and the first lesbian to win this category, which was introduced in 1998. Tyler, The Creator, who has previously spoken about his relationships with men and women, took home the Grammy in Best Rap Album for Igor.

Brandi Carlile, one of the songwriters of Tanya Tucker’s “Bring My Flowers Now,” picked up the Grammy in Best Country Song for the track. She and Tucker also performed the song during the show. Lil Nas X won the award for Best Pop Duo/Group Performance for “Old Town Road” with Billy Ray Cyrus. He also took home the Grammy for Best Music Video for “Old Town Road (Official Movie).”

Billie Eilish cleaned up at the 2020 Grammy Awards, winning five of the six awards she was nominated for, including the night’s four biggest prizes. Eilish’s night began during the pre-broadcast ceremony, where her debut album When We All Fall Asleep, Where Do We Go? picked up Best Pop Vocal Album.

She later won Best New Artist, Album of the Year for When We All Fall Asleep and Record and Song of the Year for “Bad Guy.” On top of all that, Eilish’s brother/producer, Finneas, picked up two awards himself: Best Engineered Album, Non-Classical (which he shared with Rob Kinelski) and Producer of the Year, Non-Classical.