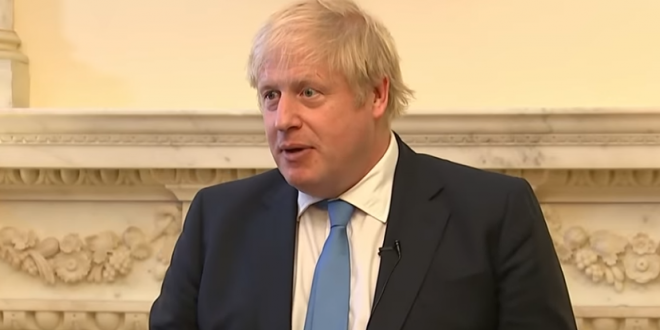 The UK will leave the EU at 23:00 GMT, ending 47 years of membership. In a video message to be released an hour earlier, Prime Minister Boris Johnson will call Brexit – which follows more than three years of political wrangling – a “new dawn”.

A series of events including marches, celebrations and candlelit vigils will be held by both Brexiteers and pro-EU demonstrators. Little will change immediately, as the UK begins a “transition period”.

Most EU laws will continue to be in force – including the free movement of people – until the end of December, by which time the UK aims to have reached a permanent free trade agreement with the EU.

No celebrations in Scotland:

Pro-EU campaigners in the city are expected to gather at the Donald Dewar statue on Buchanan Street at 22:30 for an event organised by Glasgow Loves EU.

During the torchlit gathering, they will sing Ode to Joy and Auld Lang Syne when they will remember their “auld acquaintances” from across Europe. “We will always be Europeans, and we are determined to keep our links with Europe strong and are keen to celebrate what unites us”, the group said.

First Minister Nicola Sturgeon said many Scots felt a “real and profound sadness” which was also tinged with anger, at the UK’s departure from the EU.