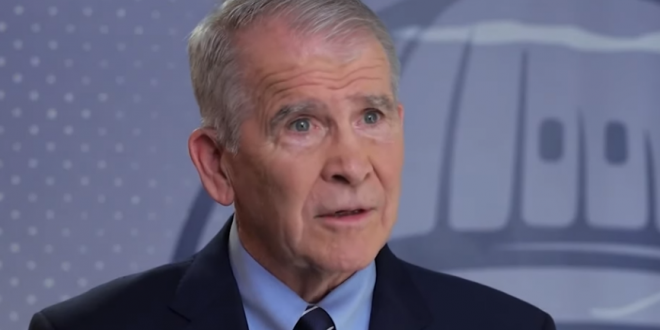 “Look, not only was the Secretary [of State Mike Pompeo] very very clear, and very patient with the chaos that was going on around him, but the president the other night was, in my humble opinion, Reaganesque.

“I was in the Oval Office the night that President Reagan told the country about the raid that we’d conducted on Gadhafi. There were people in the press that thought that’s grounds for impeachment. They thought the same thing about Granada.

“The reality of it is, one, this pressure campaign is having an effect. In fact, what Soleimani was doing for the Iranians, with the Quds Force, was building little proxies all over that part of the world. It wasn’t just in Iraq and Lebanon. He built proxies in Pakistan. He built proxies in Afghanistan.

“All of those were designed to do one thing — kill Americans. The goal of the Quds Force, and the Islamic Revolutionary Guard Corps, and [Iranian President Hassan] Rouhani said it the other night, is drive the Westerners out of the lands of the Prophet. We’re not leaving.” – Deposed NRA head Oliver North, speaking on Fox Business.