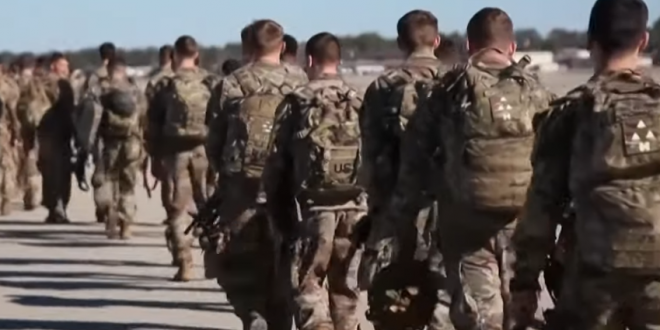 The US is sending 3,500 Army paratroopers to the Middle East on a snap deployment as tensions with Iran soar, and they have been told to leave their cellphones and other personal electronic devices behind.

“This is not a standard deployment,” Lt. Col. Mike Burns, a spokesman for the 82nd Airborne Division, said, telling Insider that the decision was made to protect operational security as troops with the division deploy for the first time as part of the new Immediate Response Force. Burns told CNN the division would keep families in the loop and that call centers would at some point be set up for soldier phone calls.

“This is not the normal kind of deployment,” Maj. Gen. James Mingus, the 82nd Airborne Division’s commanding general, told the outlet. “The decision 100% an operational-security and force-protection measure.”