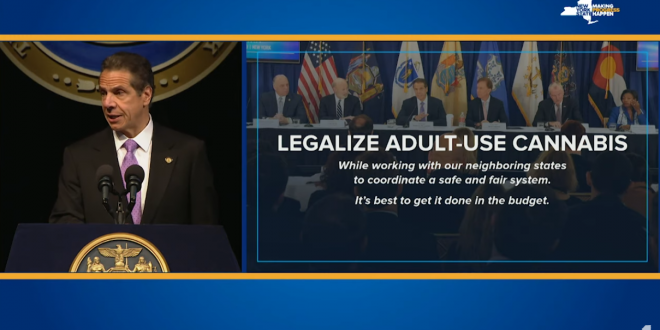 New York Gov. Andrew Cuomo (D) included marijuana legalization in his budget proposal on Tuesday, setting the stage for another reform push in the legislature as the 2020 session gets underway. The move comes as a new poll shows that voter support for ending cannabis prohibition is at its highest level ever in the state.

“Legalize adult use cannabis,” Cuomo said during his budget speech. “I believe it is best done in the budget. I said that last year. I believe the budget is the opportunity, frankly, to make some tough decisions and work through tough issues that without the budget can often languish, and I suggest that we get it done in the budget.”