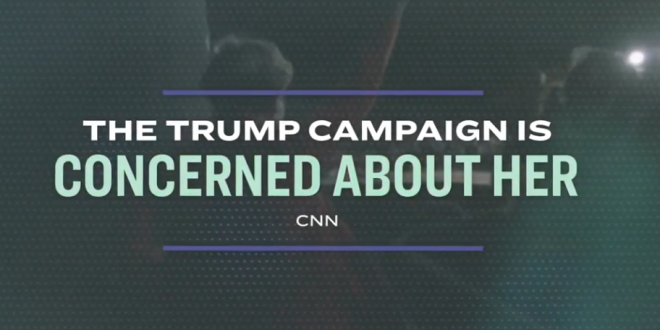 New Warren Ad: Trump Fears Me The Most [VIDEO]

The presidential campaign of Senator Elizabeth Warren (D-MA) released a new ad today, which aims to bill the senator from Massachusetts as the Democratic candidate President Donald Trump “fears” the most to take on in November.

The new ad comes a week after Democratic presidential front runner Joe Biden released a campaign ad that boasted the question to President Donald Trump, “Why are you so obsessed with me?”

The short ad features cable news commentary about Warren, with hosts and pundits saying things like “The president is concerned about running against Elizebeth Warren” and “The Trump campaign is internally somewhat concerned about her.”