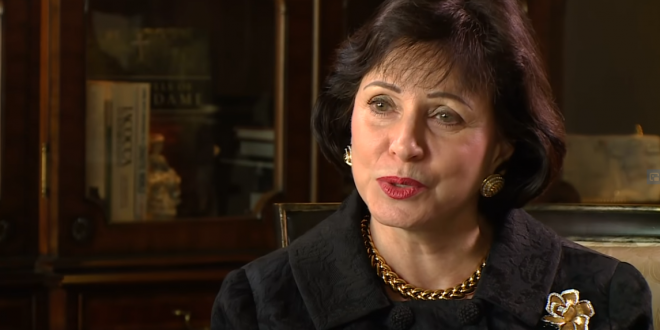 The New Orleans Saints are going to court to keep the public from seeing hundreds of emails that allegedly show team executives doing public relations damage control for the area’s Roman Catholic archdiocese to help it contain the fallout from a burgeoning sexual abuse crisis.

Attorneys for about two dozen men suing the church say in court filings that the 276 documents they obtained through discovery show that the NFL team, whose owner is devoutly Catholic, aided the Archdiocese of New Orleans in its “pattern and practice of concealing its crimes.”

Ties between the New Orleans Saints and local Catholic church leaders include a close friendship between the city’s Archbishop Gregory Aymond and the owner of the team, Gayle Benson. https://t.co/tn19JfzJWW

For those asking why I don’t think Gayle Benson will be the owner of the Saints for much longer…here’s why.

The Saints allegedly were doing PR damage control for the area’s Roman Catholic archdiocese when there was fallout from sexual abuse allegations.

Previous POLL: 66% Say Senate Trial Should Have Witnesses
Next Christian Site: An Asteroid Will Kill Us All In 2029