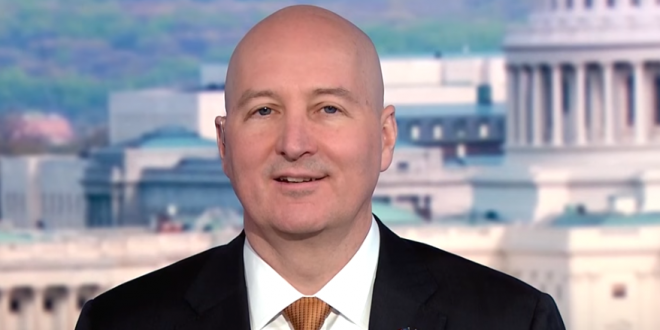 “I, Pete Ricketts, Governor of the State of Nebraska, do hereby proclaim the 22nd day of January 2020 as a statewide day of prayer in Nebraska, and I do hereby urge all individuals to pray on their own or with others, according to their faith, for an end to abortion,” said a statement on the document shared on Facebook by Ricketts Wednesday.

“Be it further resolved that the citizens of the Great State of Nebraska are encouraged to take direct action to aid mothers, fathers and families in need, especially those expecting a child who cannot provide for themselves.”

Ricketts last appeared on JMG in March 2019 when he expressed his “horror” after a top staffer was exposed for posting racist and anti-Semitic comments and for writing “frag grenades at fag parades.”

Ricketts and the rest of his billionaire family share ownership of the Chicago Cubs. Last year his father, TD Ameritrade founder Joe Ricketts, apologized after racist and Infowars-esque emails were leaked. The elder Ricketts donated over $1 million to Trump’s 2016 campaign.