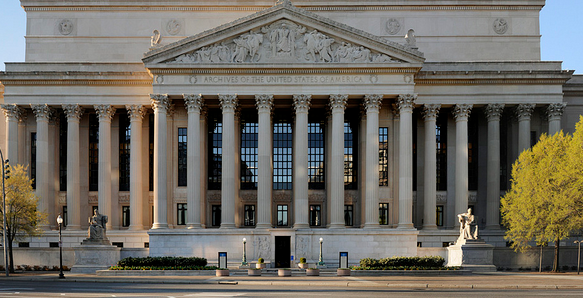 The National Archives and Records Administration, which calls itself the country’s record keeper, apologized on Saturday for altering a photo of protesters at the 2017 Women’s March that blurred out references critical of President Trump.

“We made a mistake,” began a statement the archives released on Saturday. The photo of protesters holding signs was part of an exhibit, “Rightfully Hers: American Women and the Vote,” which examined the struggle of women to gain the right to vote.

But signs critical of the president that appeared in the photo — including one that said “God Hates Trump” — were doctored to blur out Mr. Trump’s name, according to The Washington Post, which first reported on the alterations.

The government can’t airbrush history or erase women’s bodies from it. It is the job of the National Archives to document history, not alter it to serve the president’s ego. https://t.co/DlCGVnnEkk

Apologizing is not enough. @USNatArchives must explain to the public why it even took the Orwellian step of trying to rewrite history and erasing women’s bodies from it, as well as who ordered it. https://t.co/zG2ElvFNiq

We need to know whether someone requested that they do this. If so, who?