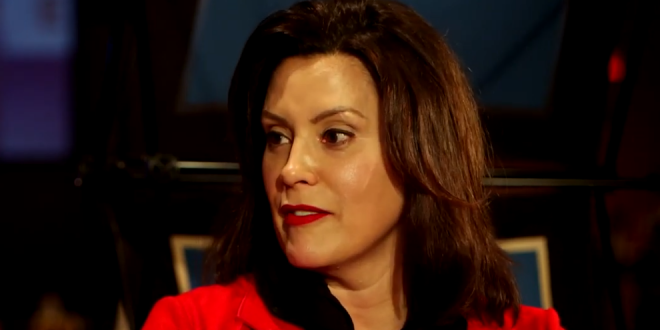 House Speaker Nancy Pelosi, D-Calif., and Senate Democratic Leader Chuck Schumer, D-N.Y., praised Whitmer’s work as governor and as a former lawmaker in Michigan in a statement announcing the decision.

Pelosi said Whitmer’s work as a public official should “serve as a model for our nation.” U.S. Rep. Veronica Escobar, D-Texas, will be delivering the Spanish language Democratic response to Trump’s speech. Trump is scheduled to give his address on Feb. 4.

Previous Pence And Gingrich Visit Pope Francis At The Vatican
Next Audio Shows Trump Lied About Ousting Ambassador: “Get Her Out Tomorrow, I Don’t Care, Take Her Out”