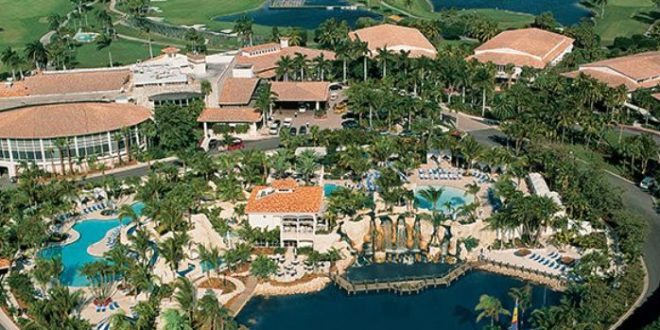 Miami Trump Resort Doubles Rates Ahead Of His Visit

The president’s Miami golf resort that puts money into his pocket more than doubled its room rates just before the White House announced his Thursday visit ― possibly increasing taxpayer costs for staff who must travel there in advance.

Donald Trump’s plan to address the Republican National Committee’s winter meeting at Trump National Doral next to the Miami airport has been in the works since mid-January, about the same time that the resort raised the nightly rate for its least expensive rooms from $254 to $539.

In November, according to the group Citizens for Responsibility and Ethics in Washington, Trump’s Washington, D.C., hotel a few blocks from the White House raised its rates threefold ― to more than $1,300 a night for its cheapest rooms ― for nights coinciding with a fundraising retreat for Senate Republicans.