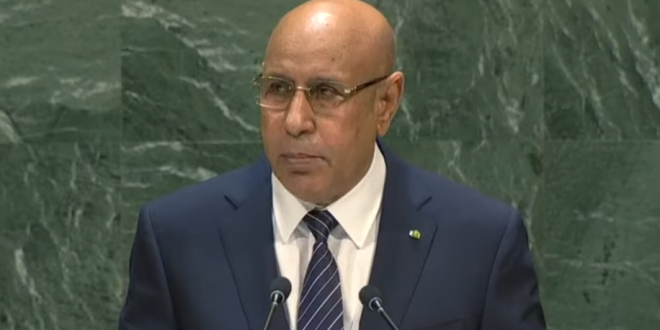 Authorities in Mauritania have arrested 10 men after a video appeared on social media of a gay couple appearing to take part in a traditional wedding ceremony, human rights groups said. Police later determined the gathering was a birthday party but the men remain in custody with no trial date set yet.

Mauritania practices strict Islamic law known as Shariah and homosexuality is criminalized. If convicted, the men could face the death penalty though executions have not been carried out in more than a decade, according to Amnesty International.

“It is a serious attack on the individual and collective freedom of these young people who have the right to display their difference and intimate preferences,” said Brahim Bilal, the president of a human rights organization in Mauritania.

Mauritania is nearly 100% Sunni Muslim and atheism is also punishable by death.

Previous SCOTLAND: Sturgeon Vows To Renew Independence Campaign As “The UK We Voted For No Longer Exists”
Next British Hater Katie Hopkins Victim Of Epic Prank