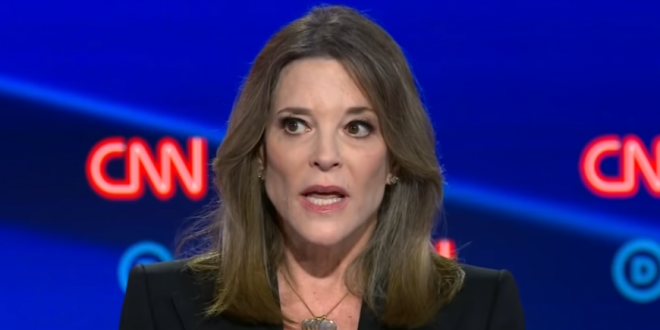 Marianne Williamson, who has been campaigning for the Democratic presidential nomination on a message of love and has been urging voters to “join the evolution,” has laid off her entire staff in New Hampshire and nationally, sources close to the campaign confirmed to WMUR on Thursday.

The spiritual author and lecturer joined the race in January 2019 and campaigned aggressively throughout the year, making many visits to New Hampshire. The sources told WMUR she remains a candidate but has drastically scaled back her campaign. As of Tuesday, the sources said, Williamson’s campaign, in fact, had no staffers on board.

Previous German Zoo Fire Was Caused By Paper NYE Lanterns
Next TURKEY: Erdogan Gets Nod To Dispatch Troops To Libya