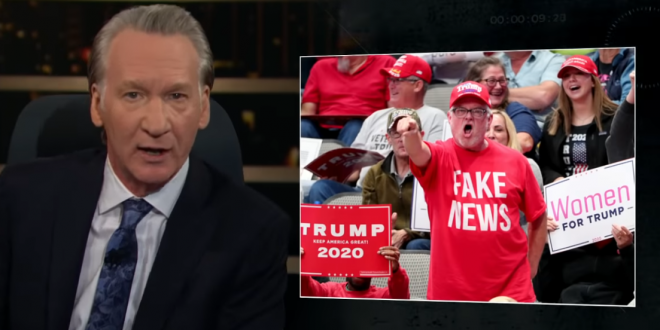 Comic and political pundit Bill Maher asked an almost unimaginable question about the prospect of President Donald Trump refusing to leave office if he’s defeated in November: “What’s the plan?”

On Friday night’s edition of HBO’s Real Time, Maher concluded his “New Rules” segment by once again raising the alarm about the possibility — or probability, as Maher sees it — that Trump won’t go quietly if he’s voted out of office in November.

Maher played clips of Trump laying the groundwork to say the election is “rigged” and bragging about having the police, military, and bikers on his side, as well as a Trump supporter predicting he “won’t be removed” because “My 357 Magnum is comfortable with that.”