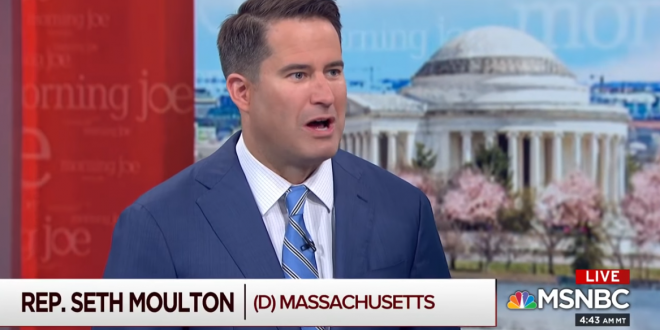 Rep. Seth Moulton (D., Mass.) on Monday endorsed Joe Biden for the Democratic Party’s nomination for president, citing what he said was the former vice president’s ability to build a coalition within the party and proven foreign-policy credentials.

Throughout his own presidential campaign, Moulton, a 41-year-old Marine Corps combat veteran, warned Democrats about the party reaching too far to the left.  Moulton will go to Iowa and New Hampshire to campaign for Biden ahead of voting in both states next month.