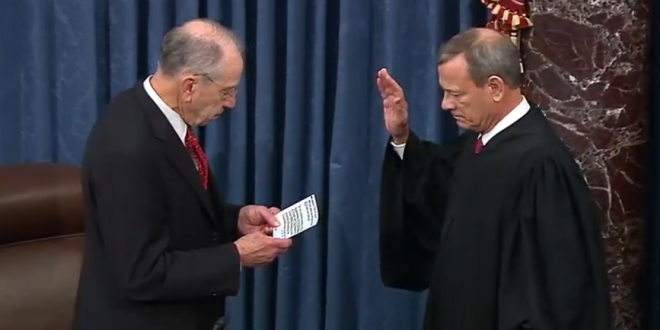 LIVE VIDEO: Senators And SCOTUS Chief Get Sworn In

A bipartisan group of senators has been appointed to escort Supreme Court Chief Justice John Roberts into the Senate chamber to be sworn in to preside over the impeachment trial.