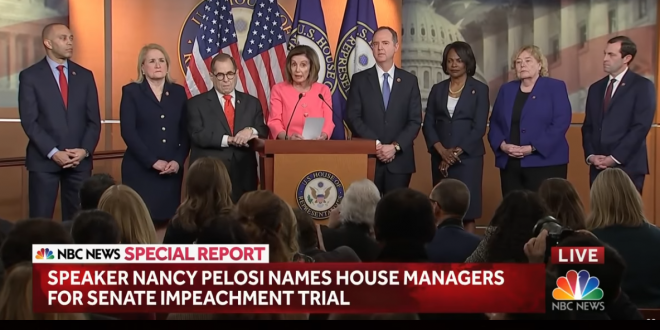 Coming up next in the Senate:

NOON: The seven House impeachment managers are expected to return to the Senate to read the two articles of impeachment against President Trump aloud. Senators are set to approve the U.S.-Mexico-Canada Agreement, sending it to Trump’s desk, before turning to impeachment later today.

2PM: Supreme Court Chief Justice John Roberts is expected to arrive at the Senate to swear in senators as jurors. The Senate will then recess for a long Martin Luther King Jr. holiday.