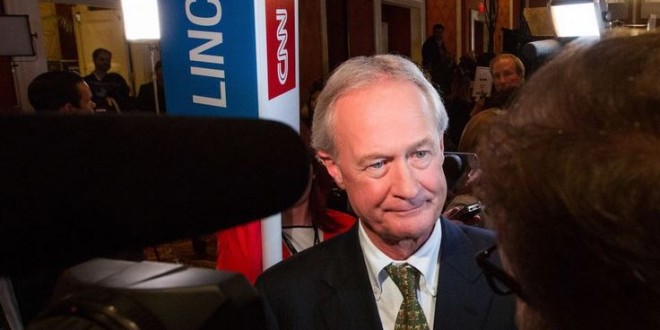 Former Rhode Island Gov. Lincoln Chafee has filed to run for president as a libertarian in what appears to be a new long-shot White House bid following his failed campaign for the Democratic nomination in 2016.

Chafee filed paperwork with the Federal Election Commission Sunday to form the Lincoln Chafee for President campaign committee based in Wyoming. A website linked to Chafee’s FEC filing states “Lincoln Leads with TRUTH” along with the phrase “Thirty Years, Zero Scandals.”

Chafee has spent most of his life as a Republican. He was nominated to his late father’s Senate seat in 1999 and then was elected as a Republican in 2000. He served only one term, losing to Democrat Sheldon Whitehouse in 2006, but then successfully ran for governor of Rhode Island as an independent.