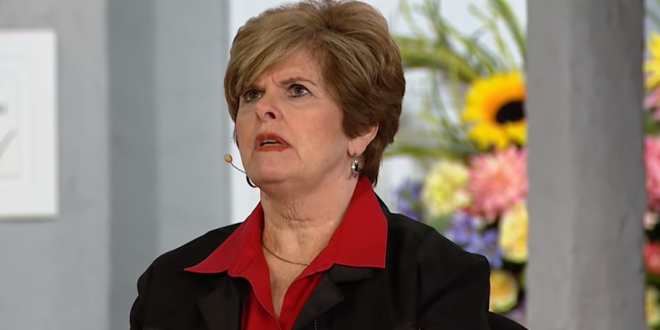 Kanye West’s New Pal: God Told Me Britain Will See A “Blessing” From Brexit Only If They “Align With Israel”

Last week it was announced that Kanye West will rally with anti-LGBT evangelicals Lou Engle and Cindy Jacobs, the latter of whom has a new message direct from Jesus:

This is the word the Lord gave me. Brexit will come to an exit, and the U.K. will not go back. After it happens, there’ll be a season where seemingly the U.K. has to readjust economically.

But depending on what they do with Israel—if the United Kingdom aligns with Israel, which will be historic, of course—we will see a tremendous blessing come upon them and even economic blessing in the middle of all this Brexit.

I want to encourage the Christians who are in government in the EU not to feel like this is against what you’re trying to do, but that God is going to give you the move you have been praying for. I believe we’re already seeing signs of that behind the scenes.