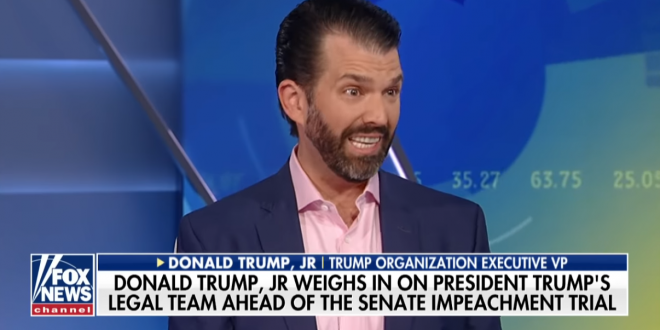 “Hearing from everyone is totally fair. That’s not what we’ve heard so far while the Democrats have controlled the process,” he added.

Numerous Senate Republicans have said that if witnesses are called in the trial, the witness list should include both those requested by Democrats, who include Secretary of State Mike Pompeo and former national security adviser John Bolton, and those requested by Republicans, including former Vice President Joe Biden and his son Hunter Biden.

Previous Fox News Host Confronts Graham On Trial Witnesses: You Demanded Them For Bill Clinton, Why Not Now?
Next GOP Senator Shrugs Off Trump’s Extortion Of Ukraine As Just Mistaken Judgment: “The President Is Human”