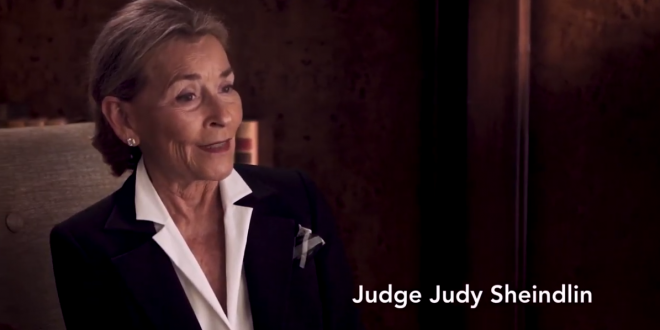 Mike Bloomberg just released a new campaign ad featuring the most trusted jurist in America. It’s not the Chief Justice, but — for a billionaire candidate who needs to connect with working class voters — someone much better: Judith Sheindlin, known in most homes as TV’s “Judge Judy.”

Celebrity endorsements are a well-worn part of politics, of course, but they typically deliver less than candidates hope for: A quick rush of headlines, maybe, but most voters don’t ultimately make choices based on their favorite television characters.

The 30-second commercial, titled “Judge Him,” shows Sheindlin sitting in what looks like judicial chambers, advocating for Bloomberg’s “steady leadership” in “very challenging times.” The setting and the atmosphere capitalize on what the former New York family court judge has spent nearly 25 television seasons building: credibility.

Why Judge Judy Is Endorsing Mike Bloomberg for President Against Donald Trump https://t.co/cY3GNLCwc8

Judge Judy is appearing in a TV ad endorsing Bloomberg, coming out Monday… She is also booked on @TheView to talk about Bloomberg https://t.co/ivC9bUEYLB