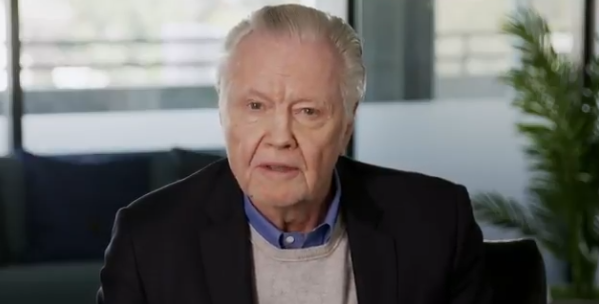 “Now listen here, my fellow residents of the USA. The president is in much danger from this radical left-wing group. I say ‘radical’ because this group has only filthy lies and distortions of the mighty truths that have been written. The truth, my friends, the truth that holds the greatest scripture that is the Declaration of Independence.

“And what does the left want to do? To knock down a nation of God’s glory. This is a disgrace to mankind and a disgrace to the people of the United States of America. This is a crime. An impeachment of this nation’s success. For their control of deceit and disgusting lies against our President Trump, who held to his promise for our country and his word for our country’s love.

“We call upon our highest prayers and ask Jesus, Moses, and all saints to save the truth that has been taken down by these cruel individuals of the left and ask God to place his hands upon this nation of the United States of America and bless and protect the truth for our President Donald Trump, so he can continue his legacy as one of our greatest presidents.” – Actor Jon Voight, whom Trump last year awarded the National Medal of the Arts.