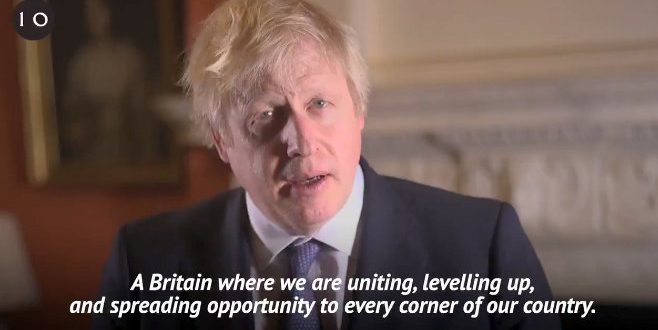 Boris Johnson called on Britons to put aside their differences and “turn the page” in his 2020 New Year’s message. The U.K. prime minister said it was time to end the “division, rancor and uncertainty,” in an acknowledgment of the public divide over Brexit.

“Let’s make this the moment when we put the divisions behind us,” he said in a video message. Johnson pledged the 2020s would be “a decade of prosperity and opportunity.” He also promised “no more elections, no more referendums” in the coming year.