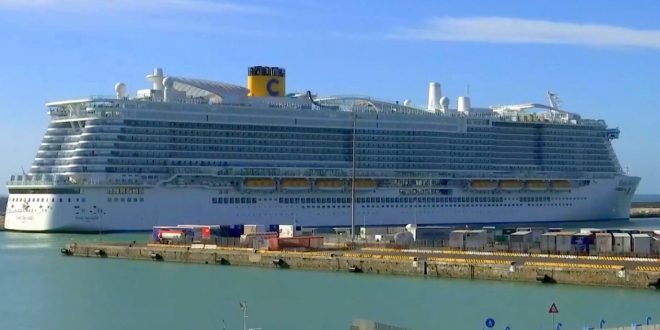 About 6,000 people are being held on an Italian cruise ship after a woman on board fell ill amid fears of the deadly new coronavirus outbreak that originated in China. The Costa Smeralda Vessel is currently being held off the coast, 35 miles north of Rome.

The 54-year-old woman, who reportedly came down with a fever, and her husband were put in isolation. The couple was from Macao, an autonomous region on the south coast of China. The ship had sailed from Mallorca, Spain, to Civitavecchia on a weeklong Mediterranean cruise.

A spokesperson for Costa Cruises told CNN that a 54-year-old woman was showing symptoms of the virus, namely a fever. “All the other passengers are, at the moment remaining on board,” the spokesperson said.

Italian news agency ANSA and public broadcaster RAI reported that the woman and her husband were from Hong Kong and were being kept separately in solitary confinement in the hospital section of the Costa Smeralda cruiseliner. The couple will be held until they both test negative to the virus.