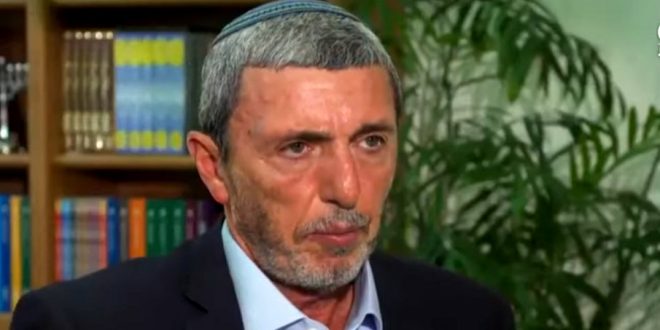 Israeli Education Minister Thanks God His Children Are Straight: They Grew Up In A Natural And Healthy Way

The furor over the remarks by Education Minister Rafael Peretz – who last year spoke favorably about gay “conversion therapy”, a widely discredited method – reached into the Israeli cabinet, one of whose members is openly homosexual.

Asked by the weekend edition of the top-selling Yedioth Ahronoth newspaper what he would do if one his children had a “different sexual orientation”, Peretz said: “Thank God, my children grew up in a natural and healthy way. They are building their homes on the basis of Jewish values. I don’t bother my head with ‘what if’ thinking.”

Justice Minister Amir Ohana (Likud), who is Israel’s first openly gay minister, said that Peretz’s remarks were “miserable, dark and wrong.” His words “are not based on knowledge and facts, but rather on prejudice,” Ohana charged.

The municipalities of Tel Aviv and the adjacent city of Givatayim announced that schools would open Sunday with a conversation with students about Peretz’s statements. The Tel Aviv municipality added that classrooms throughout the city will hold discussions about the possibility of different kinds of families.

Tel Aviv Mayor Ron Huldai released a statement attacking Peretz for “thinking he has a rubber stamp from the heavens to determine what is natural and what is normative.” He said he will not remain silent and will for fight for the values of a democratic society.

Peretz last appeared on JMG when he declared that he had personally tortured the gay out of people. Prior to that he earned headlines here for saying that Jews marrying non-Jews constitutes a “second Holocaust.”