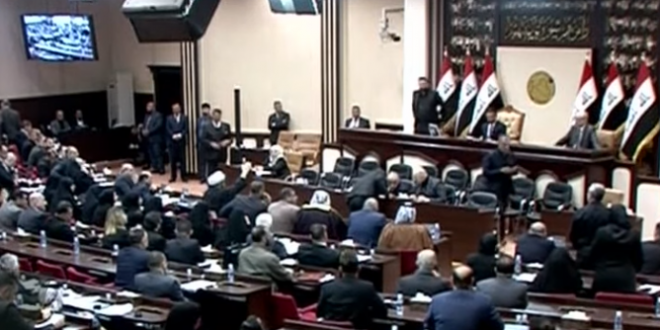 Iraqi Lawmakers Vote To Expel US Troops From Country

Lawmakers in Iraq heeded the demands of angry citizens and voted on Sunday to expel United States troops from the country, as hundreds of thousands of mourners poured into the streets of Iran to pay their respects to the slain leader of the elite Quds Force, Maj. General Qassim Suleimani.

The vote is not final until Prime Minister Adel Abdul Mahdi signs the draft bill. Earlier on Sunday, however, Mr. Mahdi indicated that he would do so, having urged lawmakers to oust the United States-led coalition after President Trump ordered a fatal drone strike against General Suleimani in Baghdad.

Members of Iraq’s Parliament were divided on the demands to expel American troops from the country. While factions that grew out of Shiite militia organizations have pushed hard for the expulsion, Sunni Muslim factions and the Kurds want the United States to stay.

Pompeo: “We’re confident the Iraqi people want the United States to continue to be there” https://t.co/PFsNYxiCfr pic.twitter.com/ocUac83zlw

Previous Iran Says “Terrorist In A Suit” Trump Is Like ISIS, Hitler
Next Schumer Warns Trump May “Bumble Us Into Major War”