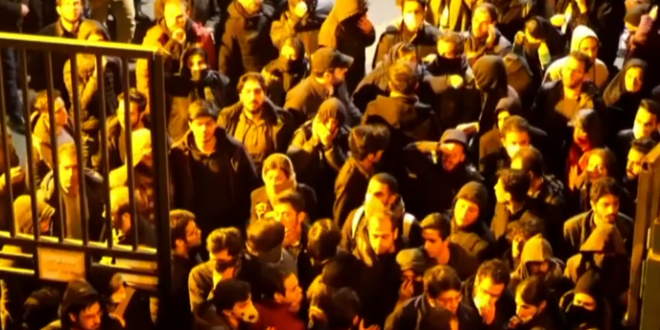 Online videos appeared to show Iranian security forces firing live ammunition and tear gas to disperse protests as popular anger swelled Monday over the accidental shootdown of a Ukrainian jetliner and Iran’s failed attempt to conceal its role in the tragedy.

The unrest comes amid soaring tensions between Washington and Tehran that have raised fears of a war between the two countries after a U.S. airstrike killed Iranian Gen. Qassem Soleimani.

Iran responded with a ballistic missile attack on two bases housing U.S. troops in Iraq, without hurting anyone. It accidentally shot down the plane hours later as it braced for a U.S. counterattack that never came.